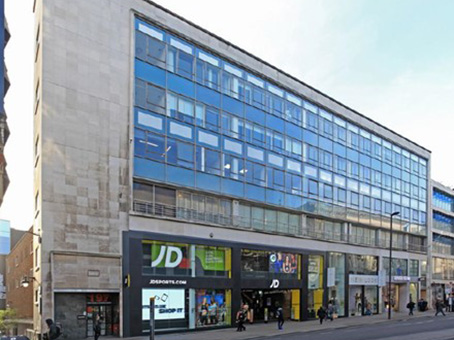 Serviced offices in London, Oxford Circus – Jubilee House, Oxford Street, London, W1D 2LF. The lively mix of businesses around this business centre in Oxford Street tells you why this part of the West End of London is known for its creative vibe.

The office space at Oxford Circus is situated above retailers JD Sports, New Look and River Island, and is close to such famous stores as Liberty London.

There are multiple fine dining venues from The Langham to The Grazing Goat to take clients to after hiring a meeting room.

As a draw for employees, Oxford Street is walking distance from the Park and Garden Soho Square, as well as the Dominion Theatre and cinemas in Leicester Square.

It’s also easy for visitors to get to as it’s a two-minute walk from the major transport interchange at Oxford Circus Underground.