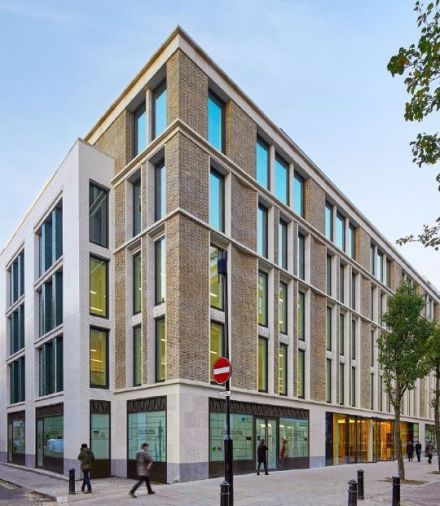 London Executive Offices (LEO), a leading provider of luxury serviced office space, virtual offices, and meeting rooms, has completed the lease of over 46,000 sq ft of prime new office space in central London, at Nova North in Victoria and 30 Broadwick Street in Soho, a new area of London for the business.

The Nova North property comprises three floors of the building, totalling 32,000 sq ft and providing customers with uninterrupted views across Central and West London. Acquired on a 17-year lease directly from Landsec, this is a distinguished building in Victoria’s mixed-use Nova scheme, adjacent to Victoria Station, which is undergoing a £700 million upgrade due for completion this year, as well as boasting extensive prime retail and leisure facilities in close proximity.

This deal follows LEO’s acquisition of premium space at Nova South in June 2017, which attracted strong demand and resulted in the fastest uptake of a new building in LEO’s history, reaching 100% occupancy in the first ten weeks from its launch.

In response to occupier demand, LEO has recognised Soho as the next area of London to expand into, adding prime space developed by Great Portland Estates plc at 30 Broadwick Street, Soho, to its substantial West End portfolio. Ideally located in the heart of Soho, and acquired on a 10-year lease, the property includes 13,500 sq ft on the fourth floor. The area is due to benefit from extended transport coverage with the arrival of Crossrail next year.

The space has been designed to a very high specification and offers customers the latest in technological innovation and office solutions, including meeting rooms and virtual office facilities, as well as outdoor roof space. Much like Victoria, Soho is a vibrant area with some of the capital’s finest dining, retail and leisure destinations.

These two leases in Soho and Victoria bring LEO’s total portfolio to 37 premium assets and over 860,000 sq ft across London’s most prestigious locations.

As part of LEO’s ongoing growth strategy, the company has identified both Victoria and Soho as key areas in which to expand its presence and meet ongoing customer demand. LEO’s best-in-class, luxury office accommodation features fully-inclusive, tailored and flexible solutions, market-leading technology and the highest quality of customer service.

“We are pleased to announce these two strong additions that complement our rapidly expanding portfolio and strong occupier demand. Following the recent success of our first Victoria acquisition at Nova South, LEO has responded to the increased demand for 5* premium serviced office space in this area with the lease at Nova North. We have seen first-hand, Nova mature into a popular destination for workers and tourists, highlighting Victoria’s reputation as both a key growth area and business hub.

“We continue to build on our track record as the provider of choice for luxury serviced office accommodation in both Victoria as well as London’s other prominent business addresses, including Mayfair, Marylebone and St James’s. 30 Broadwick Street was an obvious choice for our foray into a new area, particularly as the area is seeing increased demand from potential occupiers. We chose a building which has been completed to a very high specification, with arguably one of the best addresses in Soho. We are excited about these acquisitions and look forward to announcing further successes in the near future.”

“We are delighted to have assisted LEO acquire space in what we believe is the best new building in Soho. It is a fantastic addition to LEO’s already impressive portfolio and will cement its position as one of the leading providers of flexible workspace in London. This transaction is yet another example of the increasingly central role flexible space is taking in the commercial property market as the sector continues to expand. We expect this to continue in 2018, with more Grade A space being let to flexible space operators throughout London and the rest of the UK.”