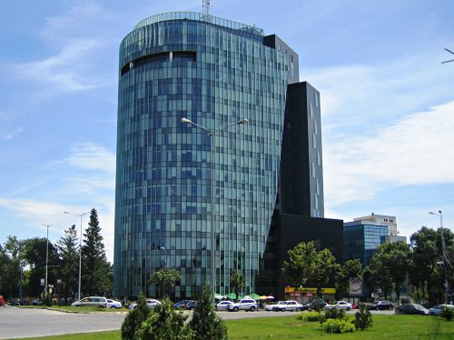 Its workspaces – many open-plan – are particularly well-lit thanks to large windows letting in lots of natural light. The building’s tenants include big-name international corporations in telecommunications, cement, and law, plus several financial services firms. The business centre is surrounded by embassies but is also a popular location for insurance companies, chemicals and energy corporations, as well as being the home of Romanian National Television. This central Bucharest location boasts superb connectivity, with two airports within a 15km journey, many buses, and the metro on its doorstep.