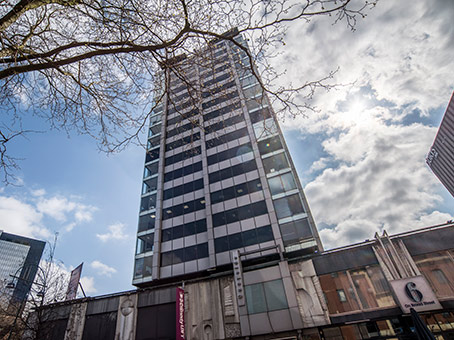 These serviced offices in Birmingham city centre are situated on Broad Street within easy walking distance of a wide array of facilities including the award-winning Brindleyplace development, the International Convention Centre, National Indoor Arena, The Mailbox, New Street Station and the Central Core.

Local amenities also offer a number of restaurants and bars including The Bullring, Europe’s largest Shopping Centre. Quayside is in good company, neighbours include Lloyds TSB, RBS, Deloitte, BRMB, and the BBC.Lying at the centre of the UK’s motorway network, Birmingham is easily accessible via the M5, M6, M40 and M42. Extensive rail communications also provide direct access to all major UK cities and Birmingham International Airport provides links to the rest of the world.